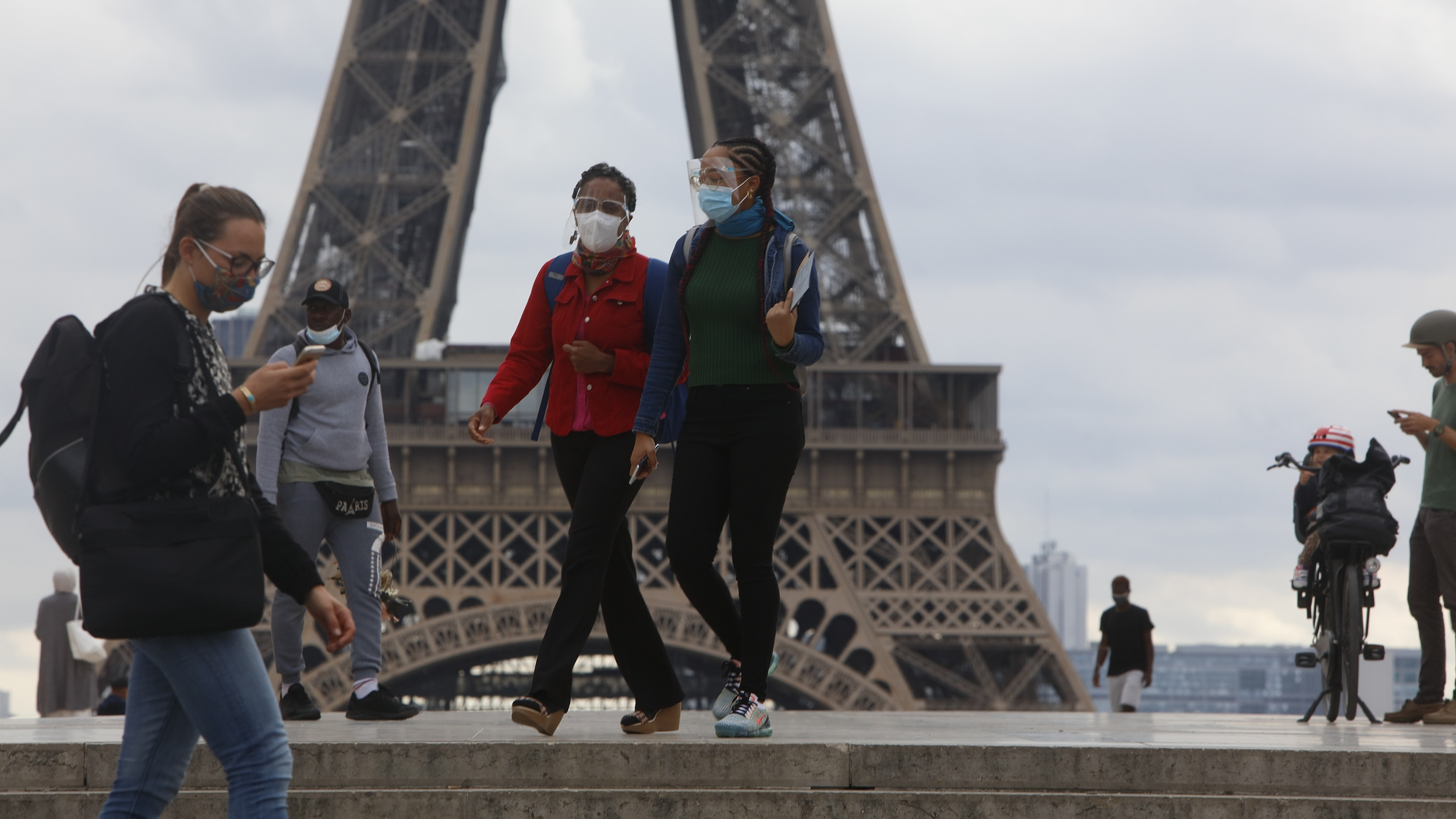 French President Emmanuel Macron on Wednesday announced a night-time curfew in Paris and eight other cities to control the spread of the coronavirus in the country.

Macron said people must stay indoors from 21:00 to 06:00 (local time). The other cites include: Rouen, Lille, Saint-Étienne, Lyon, Grenoble, Montpellier, Marseille and Toulouse.

Macron's announcement came as the government reported 22,591 new confirmed coronavirus cases taking the overall tally to 779,063. This was the third time in six days that the daily tally had exceeded 20,000.

Macron aid anyone found violating a curfew would be fined 135 euros (about $158). However, essential trips during the curfew would still be permitted.

Additionally, there would be no restrictions on public transport, and people would still be able to travel between French regions without restrictions.

Earlier on Wednesday, the French government announced a re-imposition of a state of health emergency in response to the resurgence in cases.

The declaration will give officials more powers to impose new measures to contain the spread of COVID-19 and will come into effect on October 17.

According to minutes seen from a cabinet meeting, France was said to be facing a situation described as "a health catastrophe".

"The COVID-19 epidemic constitutes a public health disaster which, by its character and its severity, puts at risk the health of the population," a statement from the government said.

"It justifies the declaration of a state of emergency so that measures can be adopted ... which are strictly proportionate to the public health risks.”

In March, a "state of health emergency" legislation was passed granting the government the power to limit civil liberties by decree without parliamentary approval.

France and a host of other European countries are experiencing a second wave of coronavirus infections. It is one of four countries which have been identified as current coronavirus hot spots on the continent. The others are the UK, Russia and Spain.